Top Search:
1-800-987-6791
To speak with a Specialist
Monday - Friday 9am - 5pm ET
Take advantage of some Great Promotions! Sign up for our Newsletter. Click for Offers!
All Categories
Categories

The spotlight is on travel, from preparation to dealing with airlines and hotels.

For many SCI survivors, recapturing independence is your single most significant achievement. You view any concessions to that independence ­ accepting more help, using more or different equipment ­ as giving up, as failure, as the ultimate defeat. But it’s hard to deny the fatigue and pain that may come from years of pushing a manual chair. Switching to a power chair actually could be the way to maintain that independence.

Accepting change is rarely easy. Many survivors choose to ignore the signals which indicate that a power chair would be appropriate for them. Picturing themselves in a power chair or admitting they might need one can be one of the most difficult adjustments for those with SCI. Physical therapists say there are three major issues that result in symptoms which cause people to make equipment changes: level of injury, number of years post injury and age. These three factors often interact, and they result in:

The stigma of disability keeps many people from increasing or changing equipment. Some find that they must let go of their ‘live for the moment’ attitude. Others, some of whom were injured during “the super quad” era when more equipment seemed to mean being "more disabled," may struggle to accept the idea that changing equipment doesn’t mean going backwards.
Even caregivers, family or friends struggle with stigma issues. Some family members or friends need to be needed. Others may not understand the necessity or wisdom of conserving energy and function in order to preserve quality of life. They may need to hear that equipment changes such as power chairs can save shoulder muscles and joints, thus making more things possible in life.

Sometimes fatigue and pain can get in the way too slowly or gradually to notice. People may eliminate errands in order to avoid the car transfers or they may skip certain chores at home. They don’t have the energy to do the things they want or need to do, like playing with their kids or stretching each night. Quality of life becomes the issue. Power chairs allow people to do more things with less pain, less fatigue and more mobility, resulting in more independence.

New research is indicating that over half of long-term SCI survivors are making equipment changes to preserve their mobility, their function, their independence, or to preserve the well-being of their caregivers and attendants. In a study of 279 British SCI survivors, all of whom had been injured at least 20 years, 59% reported having made changes in durable medical equipment – new wheelchairs, cushions, hoists and lifts to ease transfers. Almost 25% listed fatigue and/or weakness as the cause for change. The same number listed medical problems. Others cited stiffness, pain, other injuries, or their age.
In this British research group, over 31% of all those interviewed reported shoulder pain. Forty-seven percent had experienced postural changes, while 54% were dealing with fatigue. The changes come because SCI is not the static condition we once thought it was.
Forty percent of the 180,000 spinal cord injury survivors in the United States already are over 45; one in four has lived with injury for over 20 years. Some feel that the changes of aging come sooner to people who have spinal cord injuries. Findings from the British study, where functional declines appeared in subjects in their late forties and early fifties, certainly support the belief of accelerated aging.

When Is It Time to Change?

A personal inventory can be helpful in determining if a switch to a power chair is worth thinking about:

But power chairs are big and bulky. Most don’t jump curbs. They do cost a lot of money. They are a hassle to travel with. But the hassles of lifts and power chairs may be small potatoes compared to the hassles of needing an attendant or simply not being able to work or play at all. People use lots of reasons to avoid changing to a power chair ­ money, exercise, strength, travel. Often, their reluctance is really about not wanting to give in to aging and decline of function. Used equipment, family help, charitable organizations, Medicare or Medicaid can help pay for equipment. Different types of exercise can be less destructive to shoulders and arms, while preserving strength and stamina. Travel can be more fun without fatigue. The costs of “hanging in there” and putting off getting new equipment may be greater than we had imagined, not just in money but in muscle pain, strength loss and general quality of life.

Sometimes more equipment can prevent future problems and can mean more independence. Equipment changes in response to warning signals can help control or prevent chronic conditions
such as scoliosis, carpal tunnel syndrome, degenerative shoulder disease or major muscle imbalances. Power wheelchairs and other equipment changes can also serve to project a more positive, independent and functional image, as they are faster, more maneuverable and energy conserving. Taking action prior to major problems can also help prevent skin problems or the onset of some chronic pain. Some survivors are little more than a shoulder injury away from major dependence on others. They may need permission not to work so hard, not to be in so much pain, not to be so independent. While changes in durable medical equipment cannot totally prevent functional decline in all SCI survivors, they can delay or minimize decline or the need for additional help. Change rarely comes overnight and is often the result of trade-offs that are not readily apparent, like paying for fatigue with less time for kids, friends or other obligations, fewer hours on the job, or a major decline in social life. Sometimes we simply need overwhelming evidence in order to know just how necessary change is. When the price for not changing is a clear decline in quality of life, then change may be easier to accept. No one has a formula for how to figure this out ­ everyone is different. What is clear, though, is that survivors who have made the change to a power chair clearly report less pain and fatigue. If pain and fatigue from pushing a manual chair are ongoing problems and threats to independence in your life, a power wheelchair may be a logical and appropriate response.

This is one of more than 20 educational brochures developed by Craig Hospital while it was a federally-funded Rehabilitation Research & Training Center on Aging with Spinal Cord Injury. The opinions expressed here are not necessarily those of the funding agency, the National Institute on Disability and Rehabilitation Research of the US Department of Education.

For a hard copy of a METS brochure, click on your selection above and hit the "print" button on your browser. If you'd like to ask for one directly from Craig Hospital, please contact Irene VanCleave in writing, by calling 303-789-8202, or e-mail Irene at irene@craig-hospital.org

Compare Products
Compare
Clear All
You have no items to compare. 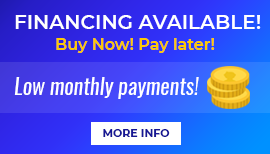 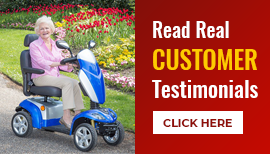